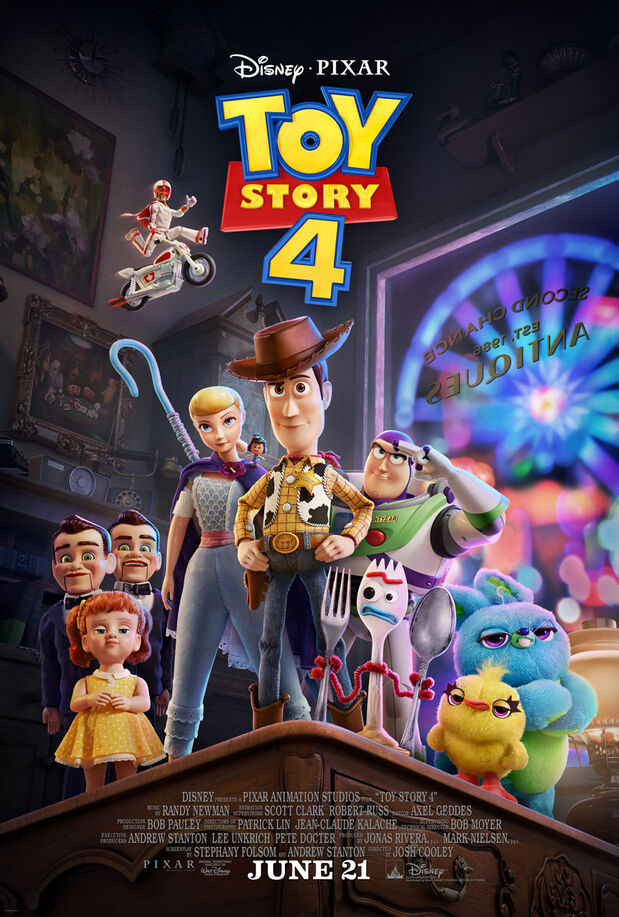 Have you seen it?! If you haven’t, go go go go! This has been my favorite movie of the year. And probably one of my favorite movies that I have seen in a very long time. It is definitely my favorite Toy Story film. This movie is great for people of all ages. Anyone and everyone can take away a lesson from it. I have to admit, I did shed a tear or two. Some people believe that the ending closes off the franchise and leaves no room for another Toy Story installment…Personally, I don’t think that is the case at all. I think it could go either way. It ended in a way that is just fine if it is truly the end of the franchise. But it also ended in a way that leaves room for another film without viewers thinking, “no!!! it’s impossible for another film with that last ending!!”. Toy Story 4 introduces a few new characters. And by far “Forky” is the break out star! I will be dedicating an entire post to Forky. I think he is one of the most relatable animated characters in recent years. Have you seen Toy Story 4? What did you think of it?

Toy Story 4 has a 98% rating on Rotten Tomatoes.