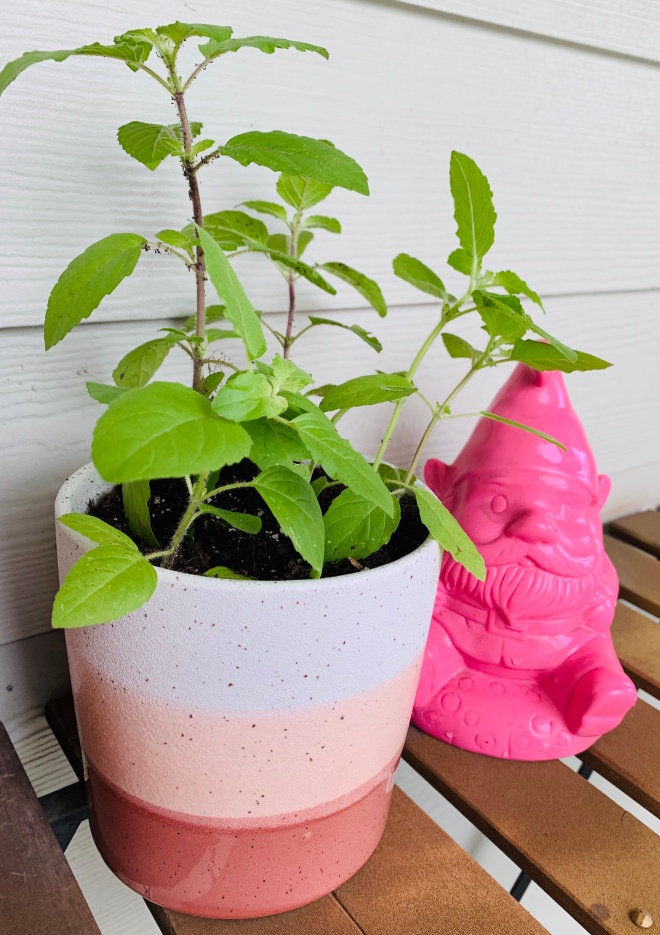 Last night I went to the temple with my husband and his parents for a pooja*. I always love visiting the temple because each time it is not only a beautiful experience but I am constantly leaving with more knowledge than I entered with. After our prayers, as we were leaving the Pandit* presented us with a few Tulsi(basil) plants to take home. They were each planted in half a water bottle. 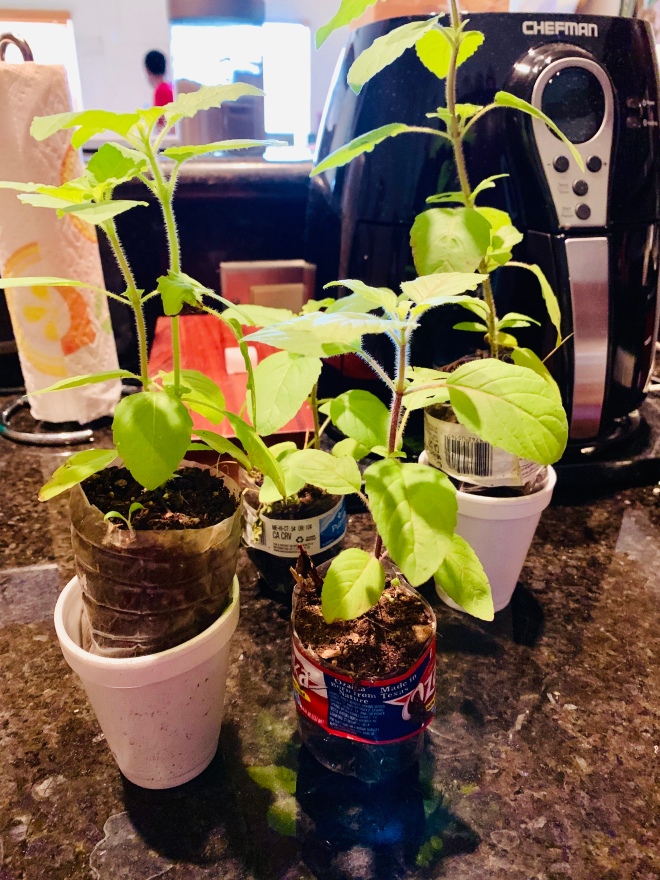 On the way home we stopped at Target to pick up a pot and potting soil for the new plants. The pot in the picture was on sale for $7.41! And it’s my favorite color, so a win-win! Anyways, today was the day for replanting our new Tulsi plants and after doing so, I decided to do some research on the significance of the Tulsi plant. Tulsi roughly translates to “holy basil” in English. It is considered extremely sacred in Hinduism. And is believed to be a earthly manifestation of the Goddess Vrinda, who is regarded as a great worshipper of Vishnu*. It is also considered a manifestation of the Goddess Lakshmi*. Tulsi plants are kept at the front of homes or in the center courtyard of a home. Women of the household have traditionally taken care of  the Tulsi plant. By taking care of the Tulsi, women are exhibiting the symbols of ideal wifehood and motherhood. So it is truly an honor to tend to the plant. Tending to the plant is a form of prayer and worship. Every single part of of the plant is revered and considered sacred, even the soil around it!

*Pooja is a prayer ritual performed by Hindus of devotional worship to one or more deities, or to host and honor a guest, or one to spiritually celebrate an event.

*Pandit is a Hindu scholar learned in Sanskrit and Hindu philosophy and religion, typically also a practicing priest.

*Vishnu is one of the three main gods in Hinduism and the Absolute Supreme being in Vaishnava tradition. Vishnu is the preserver god, which means he protects the universe from being destroyed and keeps it going.

*Lakshmi is the Hindu goddess of wealth, fortune and prosperity. She is the wife Vishnu.