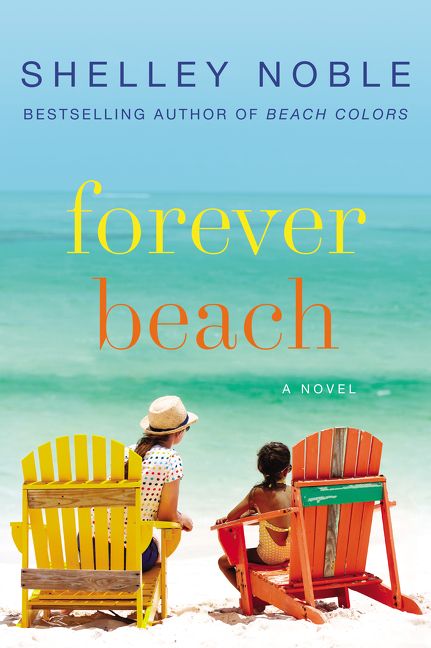 Wow! This book blew me away! I know we have all heard “never judge a book by its cover” and that became true for me with this book. I saw the cover and thought, “oh it’s gonna be a chick flick gossipy kinda book”. NOPE! It was anything but. Certain parts of this book literally gave me the chills and brought tears to my eyes. Shelley Noble creates such beautifully flawed characters and brings us along on their redemptive journeys. There are parts when you just want to physically push the characters to do certain things or help them avoid hurting loneliness and that is what makes this book so magical. Forever Beach has a rating of 4 on GoodReads. I personally think it should be a little higher!!

“From the New York Times bestselling author of Beach Colors and Breakwater Bay comes this heartwarming story of love, family, and redemption. Two young girls pledged to be best friends forever. Separated by circumstance and hurt, they are reunited years later as they struggle to put their differences aside for the sake of a special little girl—perfect for fans of Kristin Hannah, Elin Hilderbrand, and Karen White.

One woman struggling to hold on to what she has,

One woman learning to forgive

Their lives entwined by one little girl.

Sarah Hargreave is anxious to finalize the adoption of her foster daughter Leila. Once a foster child herself, Sarah longs to become Leila’s “forever” family and give her all the love and stability she was denied in her own childhood. When Leila’s biological mother suddenly reappears and petitions the court for the return of her daughter, Sarah is terrified she’ll lose the little girl she loves to the drug addicted mother who abandoned her.

Having grown up in foster care, Ilona Cartwright fights for the rights of children who have no one to fight for them. But to Sarah she is Nonie Blanchard, who grew up in the same group foster home as Sarah. They’d promised to be best friends forever, then Nonie was adopted by a wealthy family, and Sarah never heard from her again. Sarah still hurts from the betrayal. But Nonie harbors her own resentment toward the past.

Mistrustful of each other, the two women form a tenuous alliance to ensure Leila’s future, but when Leila’s very survival is on the line, they’ll have to come to terms with their own feelings of hurt and rejection to save the child they both have come to love. “